Minecraft is the name of the game that is loved by all speedrunners. For those who are new to speedrunning, it is when players attempt to finish the game as quickly as possible. In the case of Minecraftm beating the Ender Dragon is the feat you have to accomplish in order to finish the game. Speedrunning is well-known that its records keep changing every few weeks.

A gamer named Curcuit has a worldwide record of beating the game within 1 minute and 55 seconds. However impossible it might seem, this player did accomplish this wonder in the Hardcore difficulty of the game, but with the help of inevitable glitches. 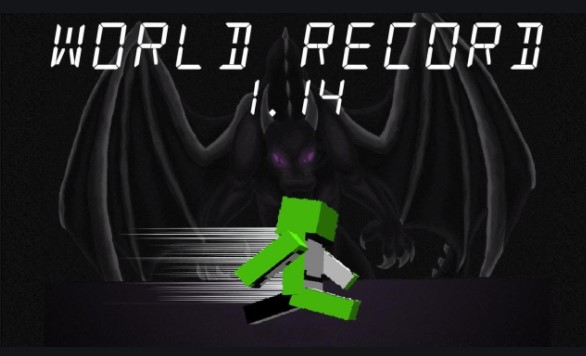 At the top of the Minecraft speedrun chain is the gamer named MinecAvenger. This one has managed to finish the game in a whooping 3 minutes and 6 seconds. The player broke the record only six days ago, in the 1.14.4 version of Minecraft and on Normal difficulty.

MinecrAvenger expertly spawns near a village, pillages, and loots enough beds from it to take down the Ender Dragon and then finally portals through the Nether to reach the End.

Losing by only 12 seconds, RadVR is placed in second with her amazing speedrun that lasted for only 3 minutes and 18 seconds. He played on the Easy difficulty of the 1.14.4 version of the game. Again spawning in the same seed as the MinecrAvenger, the player grabbed a handful of beds from the village and used Nether portals to jump to the End and defeat the Ender Dragon.

Ontricus is another one who beat Minecraft in a wonderful short span. Though the seed for every gamer remains the same, he defeated the Ender Dragon in only 3 minutes and 25 seconds, losing out by a few seconds. However, the speedrun of him is really impressive, especially the speed and skill that he accomplished the feat.

VisionXS is another very adept one who managed to crack the game in 3 minutes and 45 seconds. Though he hopped around with dexterity and defeated the game in record time, he himself hates this certain seed and thinks that he could have done it faster.

funky_face played on the Normal difficulty of the version 1.14.4 of the game. His loss can be considered as a bad luck because despite spawning at the same seed, he did not find enough obsidian in the loot chests in the village. This one had to use a lava pool and bucket of water to make his Nether portal, taking up more time.