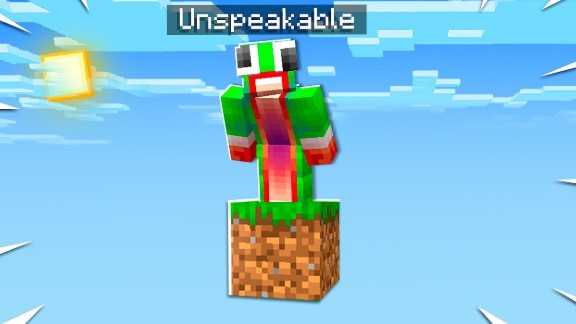 Nathan Johnson Graham is the real name of UnspeakableGaming. He was born on December 5, 1997. He is an American Minecraft YouTuber and usually he uploads videos of him showcasing maps, doing a bunch of challenges and games like Do Not Laugh challenges, Hide N’ Seeks, playing with friends, playing Minecraft with fans on a server and many more.

Have you played Minecraft in Play.LegacyMC.Org server? Or, have you heard about this server? UnspeakableGaming is one of the owners of it and he shares ownership with Shark and Moosecraft. Now, he is a part  of The Squad with his fellow friends, MooseCraft and Shark. However, he and MooseCraft were members of the group named “Proper Productions”. This group has 3 channels including ProperIdiots, ProperDummies, and proper life.

He has some Youtube channels and one of them is UnspeakableGaming. Now, this Youtube channel has more than 9.3 million subscribers and it has gained more than 3 billion views. It is known that he created this channel on October 10th, 2012. In this channel, you are able to watch Minecraft videos such as:

For your information, he also has special characters. On the Minecraft Survival on v1.0.0, he got inspired by a Youtuber who has googly eyes on the microphone. Because of that, he decided to give his microphone googly eyes and he asks his viewers of what will be the name of the microphone which his mic has googly eyes. Then, he called it Mike the Mic. He and Shark has an island Survival. They decided to spawn a snowman. Shark made the snowman and named it Margaret but Unspeakable misspelled it. And they named the snowman Marget.