Skip to content
Homepage / Guides / What Do Foxes Eat in Minecraft

During playing Minecraft, you may ever get in touch with foxes. Yeah… This cute and nocturnal animal definitely has attracted many Minecraft players to play it a lot. A fox definitely can be found in taiga biomes. Included as the wild animal, certainly, you may wonder what do the foxes eat in Minecraft?

Fox can only spawn naturally in taiga and snowy taiga biomes in the groups of 1-3. It usually spawns at the night in the form of adult or baby. The coat of fox is orange resembling the red fox in taiga, meanwhile they are white resembling an artic fox in a snowy taiga.

Furthermore, the fox probably will spawn in a village if they are in one of the taiga biomes. Then, when the fox spawns, there is predictably an 20% chance in which it will be holding a item in its mouth. 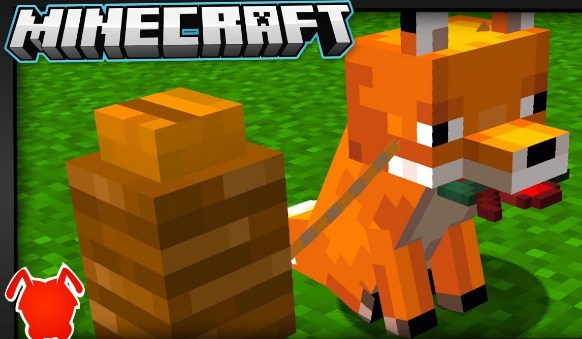 So, do you want to know what the food of foxes in Minecraft, definitely we will share for the topic about foxes in the below

What do foxes eat in Minecraft?

At night, foxes will eat the sweet berry around the forest. Generally, the foxes will attack and chase any small animals around them such as rabbits, chickens, and baby turtles. Then, they will eat them including fish when it is close enough to shore.

If there is an item dropped near the fox, they will walk to pick it up. If it is a food, they will eat. But if it is not food, they just hold it in its mouth, sometimes they throw it back.

How is the behavior of the fox in Minecraft?

On daytime, the fox will be trying to look for a place as the shelter to sleep (a place with a block above it). They will curl up and make the snoring noises, slowly they will lift their head while lying down. When they feel something wrong (polar bear of wolf approaches), automatically they will wake up and run away from the place.

Where to find fox?

Foxes generally live in the forest in the real life. So as in Minecraft, you definitely can found the foxes in the forest or taiga biomes at the dark night. At night, they will go out to hunt.

How to tame the foxes?

To tame the foxes, it is starting from the baby fox newly spawned. Formerly, the baby foxes probably will trust to you, they may stay away from you. But, if you give them a sweet berry on two adult foxes, the fox baby automatically will believe to you.

In this case, the baby fox will follow the adult foxes. So, you can tame a baby fox easily.