One of the most useful plugins to add to a server is EssentialsX. This plugin for Bukkit and Spigot servers is technically a performance enhancement for Essentials with several added tools to improve the experience of a Minecraft Multiplayer server. EssentialsX offers you to customs aspects of the chat, prefixes/suffixes, spawn, and much more. It has some advantages over using the standard Essentials plugin on your server. 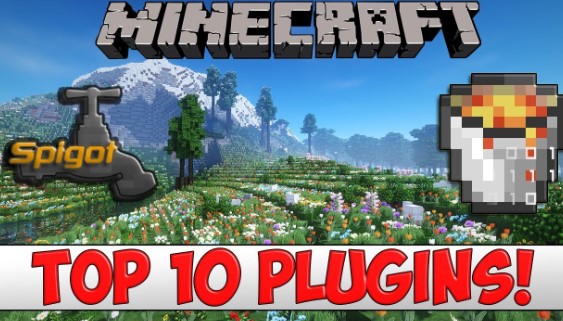 Some of the added benefits of EssentialsX include:

Also, EssentialsX offers commands like /Home and /Spawn. If your Minecraft Server use the Vault plugin, you are also able to set up sign shops, sell items, and have an entire economy for your players.

World Edit offers you to build massive structures, paint the ground with the brush feature, and create incredible server builds with only a few clicks and a few commands. On top of that, World Edit has the ability to give the players access and let them only use the items in their inventory. With 1.14+ World Edit has also become much more efficient and has no issues building huge buildings or importing massive schematics. This is because it was optimized as much as possible for 1.14+ dropping all of the old inefficient code for much better lag-free solutions.

If you are running a public server, you are going to run into problems with the players griefing spawn, other player’s builds, and more. World Guard helps put an end to griefing on servers, that makes it one of the best plugins for Bukkit & Spigot servers around. Also, this plugin lets you to protect certain regions while still allowing the players to have access to specific items in those regions such as chests. In a spawn, for example, you are able to allow the players to open the chests, anvils, crates, etc. In addition, if you want the players to be able to battle it out in PVP, you are able to set up a region easily where PVP is enabled, disable fly, and more. To do this, you have to allow the PVP flags in World Guard.

MCMMO takes a new aspect to Minecraft by adding similar skills. This makes it one of the best plugins for Bukkit and Spigot servers. You are able to level up your skills in everything from woodcutting to fishing to mining and so much more. Also, this adds a new aspect to your Minecraft server to help get your players addicted to your game and play more. Overall, MCMMO is a great plugin to add to any Bukkit or Spigot server.