Bukkit is an application programming interface (API) which the programmers can use to make plugins for Minecraft. It usually makes it easier for the programmers to create plugins and server administrators to install them. 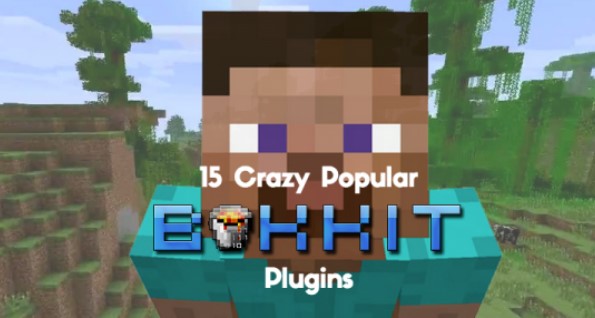 Vault is not a flashy plugin, but it is absolutely essential if you want to run a server which uses many plugins. It manages interactions between other plugins to keep things running smoothly and gives a framework for user permissions, chat modifications, economy systems, and more.

This plugin offers the server admins to set and change which commands specific players can use. There is no need to edit configuration files and restart the server every time you wish to give or remove, permissions from someone. While bPermissions is a powerful tool for server admins, it is one of many Bukkit plugins which require Vault. So, ensure to grab that first.

This plugin gives Minecraft server admins with over 100 useful commands and many features like kits for the new players. Based on the research, it was one of the most useful Bukkit plugins, but it ceased development prior to the release of Minecraft 1.8.

This plugin gives you powerful tools to shape and change the landscape of your Minecraft server. Rather than placing individual blocks, it offers you to change every single block within a defined volume to whatever type of block you want.

This plugin is like Google Maps for your Minecraft server. It makes a highly detailed overhead view of your world that anyone will be able to access from a web browser, and it updates in real-time. Therefore, you are able to see where each player is in the world.

The primary purpose of this WorldGuard plugin is to protect specific areas of your server. You are able to use this plugin to set which players are allowed to destroy or modify blocks within specified boundaries, that makes it impossible for anyone to destroy your hard work.

It is a Bukkit plugin which creates it extremely easy to host multiple worlds on a single Minecraft server. The Admins can make, destroy, and teleport between worlds for free. Even, you are able to have survival, peaceful, and creative worlds to jump back and forth between.

It uses a bot on your Discord server to announce when the players log in or out of your Minecraft server. Besides, it can pass chat back and forth between Discord and Minecraft.

It is a powerful chat management plugin. Chat Control offers you to easily curtail spam, bots, ads, swearing, and gives a whole range of utilities for admins.

It is a Bukkit plugin which allow the players to claim their own areas to mine and build. It has several of the same basic functionality of WorldGuard, in that it is able to prevent unauthorized players from modifying or destroying structures they did not help build.