According to FTB Gamepedia, Thaumcraft 6 is a reimagining of the Thaumcraft 5 mod which was created by Azanor. Thaumcraft is based off of the form of magic and it is known as Thaumaturgy. Have you heard about Thaumaturge? It is a person who performs Thaumaturgy and this person is also defined as a person who works wonders and performs miracles by using the magical essences inside physical objects. 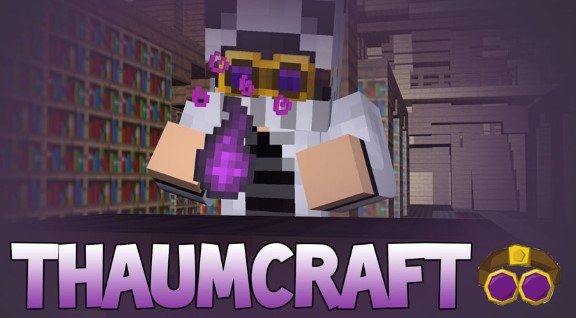 Now, the mod is in beta on 1.12.2. On January 14, 2019, Azanor announced that he has discontinued the development of this mod. Then, as of January 2019, Team CoFH has taken upon the port of the mod to newer versions, while Azanor remains as the creative director.However, no ports have been released yet.

Do you want to use this mod? If you want, you are able to start Thaumcraft 6 and you will need a Thaumonomicon. It is able to be obtained by mining an Air Crystal, a Fire Crystal, a Water Crystal, an Earth Crystal, an Order Crystal, an Entropy Crystal, or a Flux Crystal. If it has been done, you will see that there is a message which will appear. The message encourages you to sleep in a Bed. After you lay down in a bed (does not require sleeping through the night for servers), you will receive a book titled Strange Dreams. It instructs you to be able to use Salis Mundus on a Bookshelf to acquire the Thaumonomicon.

Do you know what the Thaumonomicon is? It is a reference book of all things thaumaturgical. It lists all the discoveries which are made so far and gives a general impression of how much is left to learn. As a player, you are able to browse through the discoveries and click on them to show more detailed information and any crafting recipes associated with those discoveries, plus any addendums you may have discovered.