You may want to have monsters in your Minecraft world so that you think that you need SCP monster foundation add on for Minecraft. If you are looking for this kind of add on, you are able to find SCP Foundation add on in MCPE-Monster.com site.

This add on is for Minecraft PE and it will add new creatures from SCP Universe. The things that you can find from this add on are hostile, scary and dangerous mobs. Each mob will be different and it is not only about the look but also their health, attack power, abilities and many more. Also, the mobs will have creative and unusual models. 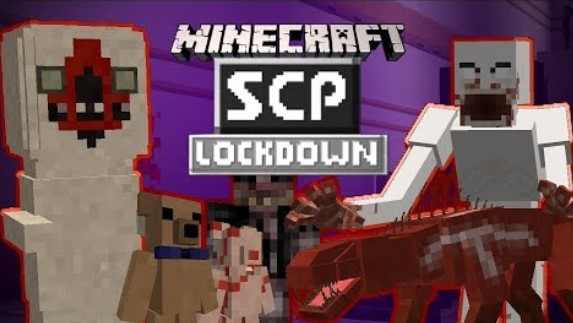 Here are the features that you are able to get from this add on.

The commands that you are able to use in this add on are listed below.

This is a very basic mob which is hostile and you are not able to move if it is looked at by this mob. This mob will attack you by snapping. You are able to use a diamond pickaxe long to be able to remove this mob.

This mob is also called Plague Doctor. This mob will be able to infect villagers and turn them into zombies. This mob will give a Wither effect. It will turn the human mob into SCP-049-2 (zombie). As a player, you are also able to give the red flower for this mob so that he will be docile for 30 seconds.

This mob is a hostile mob. It will be able to kill anything if it’s different kinds. This mob is hard to destroy.

This mob is a little girl but it will give you a heart attack if coming close. This mob will follow any mob in its eyesight and you will be able to die if you hit this mob.

This mob is able to eat any animal and humanoid. Specifically, this mob has an ability to imitate any mob sound. If it hurts, it will make a very loud noise. If you are in the sneaking mod, this mob will not attack.

Do you want to know more about this add on? Then, you also want to download this add on? you are able to access MCPE Addons site.