If you often play Minecraft and also often watch videos on Youtube about this game, you surely know about PrestonPlayz. Or, you may know him as TBNRFrags since it is one of his Youtube channel. As a Minecraft player, you may want to know his Minecraft server IP address. So, what is his server IP address on Minecraft?

It is normal for people to know about his server IP on Minecraft because he is a popular Youtuber and gamer and a lot of people like him. On October 5th, 2014, Preston on his Twitter account shared something about his Minecraft server IP address. In his Twitter, he twitted: 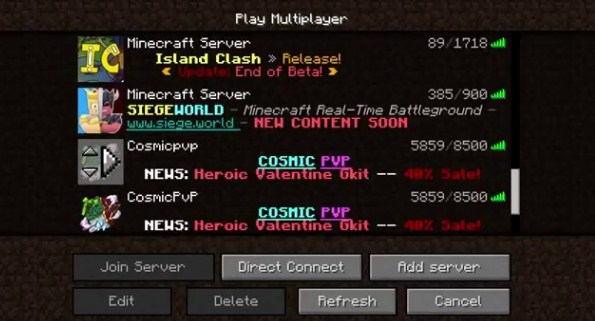 At the end of this twit, he invites his followers to play together. In addition, on this twit, he also attach his Twitch account which means that everyone can join it as well. So, his IP address of his Minecraft server is cosmicpvp.me and you are able to try to check it.

According to Wikitubia, CosmicPvP is a Minecraft server of Preston together with another Youtuber named, MrWoofless. This server opened in 2014 and it has a lot of gamemodes such as HCF, Factions, and KitPvP. On his channel, he has played on this server many times especially in his factions series.

Talk about Minecraft server IP of Preston, do you know that he also has Cosmic Prisons server? Cosmic Prisons is a Minecraft Prisons server which it was created by MrWoofless and PrestonPlayz. This server is opened in 2016 and in this server you will find the most dynamic and unique prisons experience available now. This server is a home to multiple planets each with individual cultures, communities, economies and many more.

In the list below, there are some features of the server.

Some of you may not be familiar with Preston. So, who is actually him? The real name of Preston is Preston Blaine Arsement. Formerly, he is known as PrestonPlayz. He was born on May 4th, 1994 and he is a Youtuber from America. Usually, he creates videos about Minecraft gaming content. However, now he also produces videos about other games as well and also other things because he has about 5 Youtube channels.