You may be familiar with Pat and Jen on Youtube since you may often watch their videos. Here, we will inform you about them and also their Youtube contents. So, if you are fans of them, make sure that you do not skip any part of this article.

Patrick or Pat is a gaming Youtuber from America who has built an estimated net worth of $38 million  through earning from Youtube channel named Popular MMOs. Pat has a degree in psychology and he got married to Jen in May 2015. Jen is also a Youtuber whose Youtube channel name is GamingWithJen. Pat and Jen often play videos together. The videos of Pats are usually about Minecraft. However, his early videos were Runescape, Tera, Rift, World of Warcraft and many more. 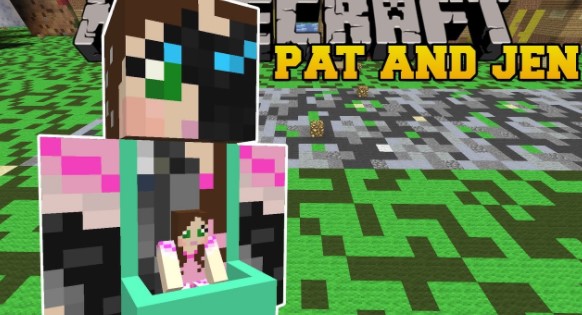 Jennifer or Jen was born on October 28th, 1990. She is known as GamingWithJen since this is her Youtube channel name. When this article was being created, she had more than 5 million subscribers. She was married to Pat until they became divorced after deciding to separate. Previously, she uploaded daily vlogs on her channel spanning from reaction videos to challenges to daily life. But now, she uploads videos about gaming. In some of the Minecraft series with her ex-husband, Jen records her point of view so she could upload it on her channel when she wins in an episode.