How long have you played Minecraft? You may have played Minecraft for a long time so that a lot of things that you have known about this game. However, some of you may be a new player so that you still need some information about Minecraft including what enchantments go on a pickaxe. Here, we will specifically explain about it.

In Minecraft, enchantments are defined as special bonuses or assets that are able to be applied to armor, tools or weapons. You can do it through the use of an enchantment table, or an anvil if you have enchanted books. Enchanted books are able to be obtained via trading, fishing, finding them in generated structures, or by putting a book in an Enchantment Table. 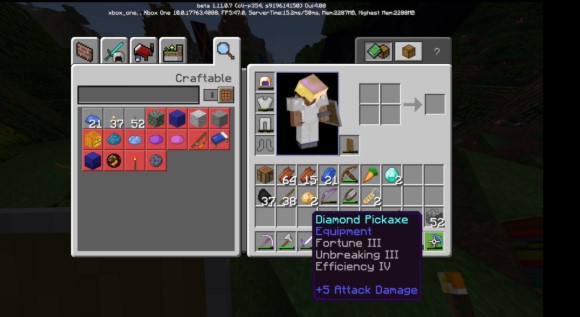 What about pickaxe? It is a tool in Minecraft which can be used to mine stone-type blocks and ores in any Minecraft world. It can be used to gather any other blocks. However, they are not as effective as the preferred tool type. Pickaxe is the tool which deals the third-highest amount of damage when compared to other tools.

In Minecraft, you are able to enchant a pickaxe with some different enchantments. You also need to know that each enchantment has a name and ID value which are assigned to it. You are able to use these enchantments values in the /enchant command.

You may wonder what enchantments go on a pickaxe, so here we provide you the information in the table below.

You may wonder the definitions of each term in the list above. Here are the details for you.

In Minecraft, you are able to enchant a pickaxe that you are holding by using the /enchant command.