Minecraft Soul Lantern is to normal Lanterns what Soul Fire and Soul Torches is to their warmer colored counterparts. One thing to take a note is that the reduction in luminosity from a normal one to a Soul Lantern is much more significant than that of the other two, with Soul Lantern dropping down to a light level of 10 as opposed to a normal one’s 15. Otherwise, it operates and behaves exactly the same as a normal one. 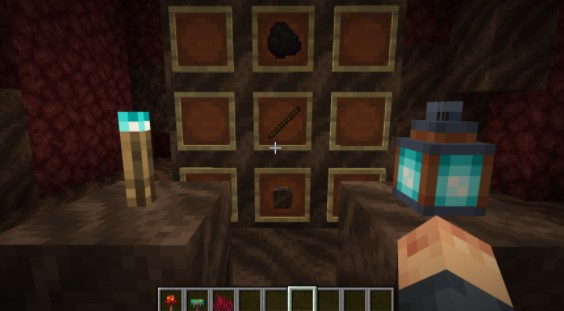 The thing called Soul Torch is simply known as a variant of traditional torch in the same way Soul fire is of normal fire. This one emits the same signature blue flames, but it is important that it provides slightly less light than a normal one at around 12 compared to a regular one’s 14.

Iron Ingots are really useful items in the game called Minecraft. They are able to be used to craft tools and armor as well as a lot of other items. They are able to be found in villages, strongholds, and abandoned mineshaft chests. However, in the normal world, Iron Ore is able to be found and mined with a stone pickaxe or higher and must be smelted. If you want to obtain it without mining, kill Iron Golems or Zombies.