In Minecraft, slimes are known as bouncy cube-shaped hostile mobs that spawn in the swamp and sometimes, deep underground in certain chunks called slime chunks. They spawn in the Overworld in certain slime chunks below layer 40, regardless of light levels. Aside from that, they are also able to spawn in swamp biomes between layers 50 and 70 in light levels of 7 or less.

Apparently, only sizes 1, 2, and 4 spawn naturally. With the use of /summon, slimes are able to potentially range from size 1 to 256 (NBT Size tag 0-255). They do not spawn within 24 blocks of any player, de-spawn over time if no one is within 32 blocks, and de-spawn instantly if no one is within 128 blocks. 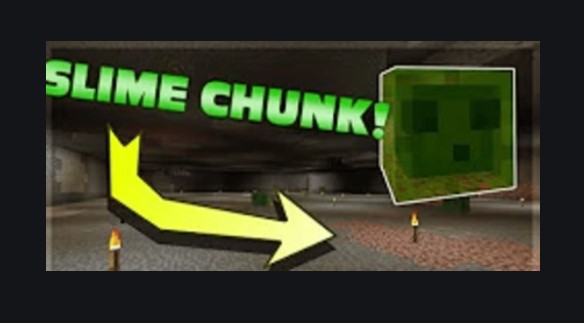 Slimes need two vertical, transparent blocks to spawn in, with an opaque block underneath. The space the spawn in needs also to be free of solid obstructions and liquids. The big ones need a 3×2.5×3 space to spawn, medium ones need a 3x2x3 space, and small ones need a 1x2x1 space or 1x1x1 if the upper block is not opaque. Keep in mind that slime size is affected by the regional difficulty. Basically, chances range from 33% for every size at the low difficulty to 16% small, 33% medium, and 50% big with higher difficulty.

The first one is the max mob limit in the surrounding area. In the game called Minecraft, there is a specific limit to how many mobs are able to spawn in an area. Please make sure there are no caves with zombies or any other mobs in the vicinity.

The second one is the slime spawn mechanic. Quite several players do not know about the spawning mechanic of slimes. Keep in mind that slimes do not spawn when a player is under 24 blocks. Aside from that, they will also instantly de-spawn if a player is not under 128 blocks.

The third one is the spawn area. For your information, slimes only spawn below 40. Do not forget to make sure you are in the right location. In addition, they are also pretty rare to spawn compared to the other mobs. As a result, they might take some time to spawn.

There might be another reason why Minecraft slimes are not spawning in slime chunks. You can try to look for more information in the community of Minecraft. In the same place, you are also able to throw some questions if you have any. Do not hesitate to do it.