Have you seen an observer block in Minecraft? Or, you may have tried to use it but it does not work. If the observer block cannot work in the game, there must be something wrong. But, what is it and how to fix it?

An observer is a block which can emit a redstone signal when the block or fluid it faces experiences a change. If you want to obtain it, you have to mine it by using a pickaxe. When you mine it without a pickaxe, it will drop nothing. If you obtain it, you can also do it by crafting it. If you want to craft an observer, you will need 6 cobblestones, 2 redstone dusts and 1 nether quartz. 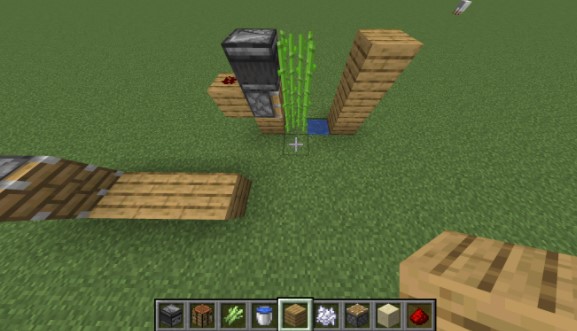 The observer block is a block update detector block which will send a short redstone pulse if the block it is facing gets updated. They are put like pistons. The observer will be able to detect block updates on the face of the bigger red square. When you put it, it will be the face furthest to you. Therefore, you have to look towards the block where the block updates will occur when putting an observer.

Then, from this question, another player named Ben answered it. Ben says that he has the block back to front. This side of the block should be facing the object that you are trying to detect an update. The signal of redstone then will travel in the direction of the arrow on top, to the back of the block with the red dot. Note this: the observer has to see with its face in order to observe an update.

If you think that your problem is the same as the question from one of Minecraft players above, then you are able to try to solve it with the answer from Ben. However, if you have tried to solve it and then you see that the observer block still cannot work, you are able to ask a forum and there you have to tell about your problem with the observer block. If you do not get right answers or do not get any help from other players in forums, you may be able to contact Minecraft support and tell them about the problem that you face regarding the observer block which cannot work. If it is a bug, the Minecraft team then will try to solve the issue by themselves.