In the Minecraft world, Mjolnir is the name of a weapon available in the Superheroes Unlimited mod. This one appeared for the first time in Journey into Mystery #83 (August 1962). It is a Uru battle hammer and the signature weapon of Thor.

The hammer called Mjolnir was created by the Dwarves of Niovellir for Odin, who passed the weapon on to the God of Thunder. This one is used by Thor to channel his lightning conjuring abilities and is able to be used to fly. It is able to be only held by those it considers worthy of wielding it, leaving a lot of people unable to even lift the weapon. 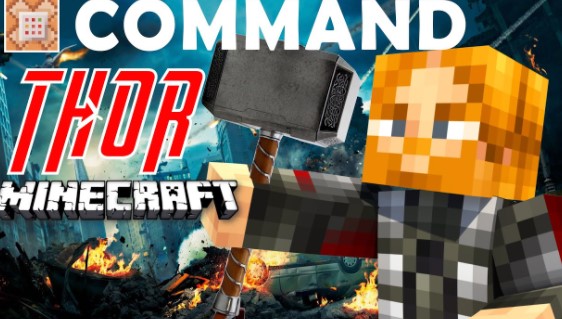 In the Superheroes Unlimited mod

Mjolnir was added in version 1.3. It was originally accessible through crafting and could be used by the player to conjure lightning. However, this one could only be used by them if they were wearing the costume of Thor.

In version 4.0, Mjolnir could now be accessed through the Weapon Equip Ability of Thor and would allow him to fly when wielded. In addition, the player will be able to throw it by pressing the Suit Ability 3 Key and smash it on the ground in combat. However, once the player removes the costume of Thor, it will disappear from their inventory.

In the abandoned version 5.0 alpha stages, the abilities of Mjolnir were once again changed. Whilst this one would still be equipped through the Weapon Equip Key, it is now able to be thrown via Suit Ability 1 Key, Ground Pounds are now able to be performed with Suit Ability 5 Key, and it conjures two different lightning attacks. Right clicking can make the player swing this weapon, and when they let go, let them fly around the world. It would also increase the attack damage of Thor to 30 and knockback enemies.

Talking about Mjolnir, there is a thing called Minecraft Mjolnir command block that allows you to become Thor. You can just throw your hammer to cause destruction or charge your hammer up in order to release lighting strikes whenever you look.

Minecraft Mjolnir command block can be used for Minecraft version 1.10.2. Aside from this version, it is also able to be used for Minecraft 1.8.3. If you want to use this command, you can give yourself a command block with /give @p command_block. Please place it then paste the command from below into it. As you probably know, one command creations are similar to Minecraft mods, but are much easier to add to your world.