In Minecraft, a head is a decorative block. Now, there are six types of heads including player, zombie, skeleton, wither skeleton, creeper and dragon. If you want to break a mob head, you are able to do that by using anything and then it will drop itself when it is broken. Now, how about getting your own head? 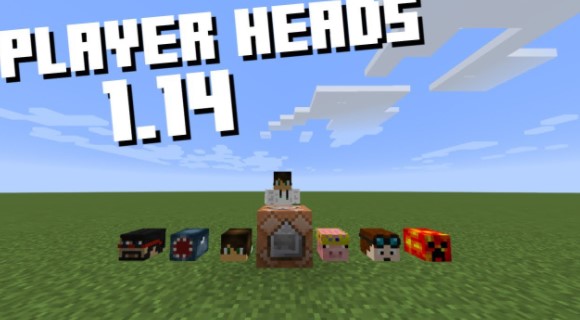 After that, you have to type in the command:

If you want to know the usage of this command in Minecraft clearly, you are able to access Youtube and then watch this video until the end.  If you have tried this command but then it does not work, you have to make sure about the version of Minecraft that you use. This command may not be able to work on some versions. So, you have to check it.

If we talk about heads in Minecraft, there are several things that you need to know about it. So, you will be able to treat it well. If a head is pushed by a piston or comes in contact with lava or water, it will break off as an item.

As explained above that now there are six different heads that you are able to gain in Minecraft. If you want to obtain The Wither skeleton head, you have to kill wither skeletons and as of 1.8, the creeper, skeleton and zombie heads may be able to be obtained by killing the respective mob with a charged creeper explosion.

How about obtaining the dragon head? You are able to obtain it by getting into the Outer End and then breaking the head on an End ship which is able to be found beside some End cities.

In the Minecraft survival mode, there is no way to be able to get the player head without cheats. But, you are able to recreate a specific player’s head by using this command /give @p skull 1 3 {SkullOwner:(username)}.

What is the function of the wither skeleton head? This head is able to be used to make the Wither, a boss utility mob. However, these heads are a rare drop. If you want to create the Wither, it is the same as creating an Iron Golem. You will need three wither skulls and four blocks of soul sand. After putting the soul sand in a T-shape, then you have to put the three Wither skulls on the T-shape to be able to spawn the Wither.