In Minecraft, there are realms. What are they? These are personal multiplayer servers which are run by Minecraft. With it, your Minecraft world is online and always accessible when you log off. The people who can join your world are only those who are invited by you.

There, you are able to do anything. You are able to create, survive or compete. It is also a safe place to play for younger gamers so you do not have to be worried about who will interact with you there since you are able to control who can play on your Realm. This Minecraft Realms is available on  Xbox One, Nintendo Switch, PC and various mobile devices. You are able to access your Realm from any of these provided you have signed in with the same Minecraft account. You are also able to crossplay, so it permits you to be able to invite friends no matter what platform they are playing on. 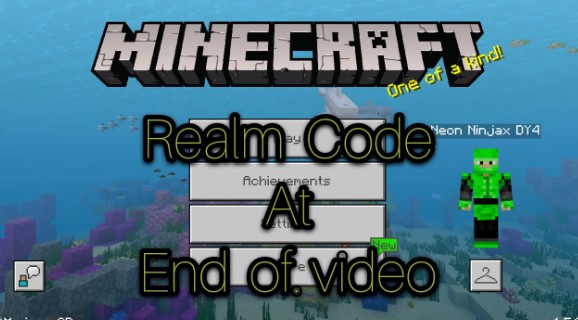 You need to note about which version that you have if you are playing on PC because the Java Edition is not compatible with most devices. In addition, you also need to note that Minecraft realms does not support mods for now.

If you want to subscribe to Realms Plus monthly, it will cost you $7.99/£6.69 for a maximum of 10 players per month. But, if you are looking for something which is a bit smaller, you are able to choose to create a Realm for a maximum of two players at $3.99/£3.29 per month. You will get the similar benefits of your Realm always being online. However, you will not have access to the Marketplace content.

Now, how about GTA Realm code? If you try to enter GTA Las Vegas Realms and you are not able to open Minecraft, you are able to use the invite code: czPqA64TSE8. You are able to go to Play and then choose Friends and then press Join Realm. Another GTA realm that you are able to join is GTA Los Dangeles Realm. The realm code for it is xhTPXmkFX88. If you want to join other realms, here they are including the codes that you can use.