In the game called Minecraft, the term Ender Dragon is used to call a hostile boss mob that shows up in the End dimension and is the last boss of the original Minecraft. This one is a large dragon that breathes fire, spits fireballs, and is able to fly with great ease and maneuverability.

Since beta 1.9 pre-release 6, one Ender Dragon shows up in the End dimension of each world and is able to be fought and killed. This one spawns on any difficulty, however, in Peaceful mode, it still fires damaging fireballs but its body does not damage. It swoops at a player, destroying any blocks she passes though, except obsidian, indestructible blocks, iron bars, and End stone. Once it is killed, an End gateway shows up within the vicinity. Aside from that, the Exit portal will also open, with a Dragon Egg on top. The End portal leads to the Outer End. When defeated, the Ender Dragon explodes and drops around 12,000 experience orbs. 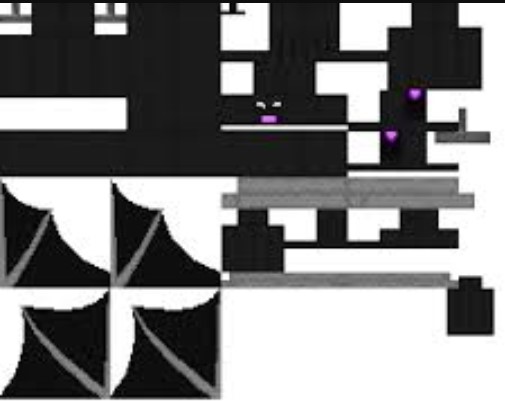 Apparently, entering this gateway will play the End Poem and the Minecraft credits, and after that, the player will be sent back to their last saved spawn point. When an Ender Crystal is located on each edge of the Exit portal, for a total of 4, the Dragon will respawn. However, when defeated, she will drop less experience compared to before and will not summon another dragon egg when slain.

Each completed dragon fight also makes an End gateway portal floating within 75 to 100 blocks of the Exit portal, up to 10 gateway portals are able to be generated. In addition, you also have to get rid of the end crystals on the towers to kill the ender dragon.

Minecraft Ender Dragon is a large, black dragon with the glowing purple eyes. This one is the biggest implemented mob in the game. Only the unimplemented giant is bigger. She has a number of dark gray features, such as the wings, and various other parts of her body. Just like the eyes of Endermen and spiders, the eyes of Ender Dragon are visible through darkness, so you will be able to see her coming through the dark sky of the End.