You are able to take a nice trip down memory lane to the last time you played the game called Minecraft on your favorite system and you go to enchant your favorite sword or the armor you have been using. When you go, you cannot find out what you are going to get, because all of the enchantments are in some ancient-looking runes, and all you need to go off of are guesses that the game gives you on the enchantments in the table.

If only you are able to read what the table says, and maybe you could make the game way easier on yourself. Are you wondering what the Minecraft enchantment alphabet is? Now you are able to read it. The Galactic Alphabet was found to be the language used on the table and it is able to be completely learned. Usually, the Galactic Alphabet is used in the Commander Keen computer games, and the more noticed Minecraft, and is used as a futuristic lettering, that was then turned into an actual language. 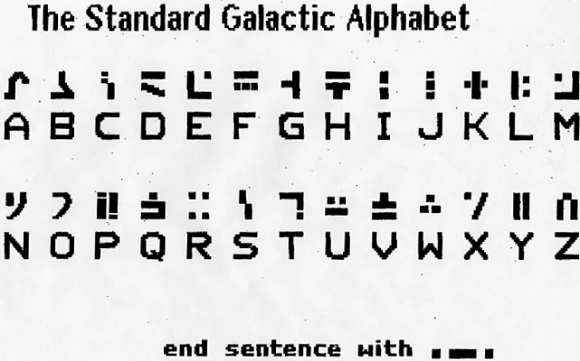 How to read the enchanting table language of Minecraft? A sentence is able to be written in English unlike particular languages, specifically Old Hylian which is written in Japanese. An instance of text in the Galactic Alphabet would be Fꖎᔑᒲᒷ i, p𝙹∴ᒷ∷ ii, iリ⎓╎リ╎ℸ ̣ || i. This one translates into what everyone wants to see when enchanting a bow. Flame I, Power II, Infinity I

All the letters used in the Galactic Alphabet have differences that are substantial in the comparison to the other letters, with very few ones being similar in how they look, with two exceptions being L and U, which are ꖎ, and ⚍ respectfully.

Keep in mind that the alphabet here has really important spacing, because a few letters compose of some lines, or a line and a couple of dots. After learning everything, it is very unfortunate to know that you cannot actually read the Galactic Alphabet on Minecraft, for the words are just jumbled with no context. However, it is still an interesting thing to know, especially when the internet has had plenty of fun making fun of this over the last few years.

The Galactic Alphabet did not show up in the game Minecraft as many people expected, but instead from an older game known as Commander Keen, made back in 1991, created by Tom Hall. This one created these letters to create signs in the game to make them look futuristic.