For those who want to know the information regarding Minecraft Earth mobs, you are able to read this article until the end. Here we are going to share some mobs in Minecraft Earth. Make sure you do not miss any information.

Moobloom is a passive mob from Minecraft Earth. Moobloom can be obtained from Cow Tappables and some buildplates. Based on the research, Moobloom is clearly inspired by the Mooshrooms (the mob from Minecraft) due to the similarity of their names and appearance. The Mooblooms are yellow with Buttercups growing on their back wheras the Mooshrooms are red and have mushrooms growing on their backs. Like Cluckshrooms, Mooblooms are able to leave a trail of Dandelions, Buttercups and Sunflowers once walking. 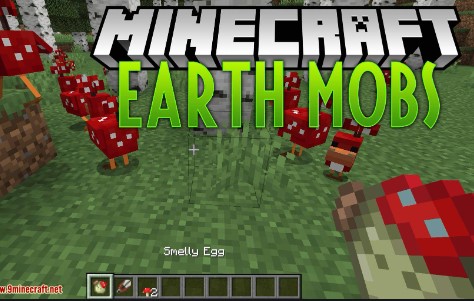 Muddy Pig is a passive mob in Minecraft Earth with 10 HP discovered rarely in Grass Tappables. If the Muddy Pig is out of mud for more than a few seconds after being placed on a buildplate, so its mud is will be able to dry. When this occurs, quickly the Muddy Pig is going to seek out mud and roll around until its mud and flower are back. Another method to restore its mud is to pick it up and place it back down. After placed down, its mud will be able to be back in its original state.

Chicken is a mob in Minecraft Earth. The most common drop from a Chicken Tappable. Chickens have a lower chance to drop feathers or eggs once picked up, and drop feathers and Raw Chicken once killed. Like in Minecraft, the eggs have a chance to spawn a baby chicken when thrown. Also, Chickens will lay eggs periodically when walking on buildplates. Apparently, there are 7 variants of the chicken in the game: Stormy Chicken, Amber Chicken, Gold Crested Chicken, Midnight Chicken, Skewbald Chicken, Bronzed Chicken, and the Cluckshroom.

Mob of Me is another mob in Minecraft Earth that can earned from the chest tappables and Buildplates. Also, they can be purchased in the store for 50 Rubies. Mob of Me mob display the placer’s avatar when placed down in Buildplates and Adventures, however their appearance can be changed in Buildplates if the player has multiple avatars. When on a buildplate, Mob of Me is going to wander around, sometimes opening and closing the doors. Hostile mobs are going to attack a Mob of Me on sight, and Mob of Me will run away to avoid them because it cannot fight back.