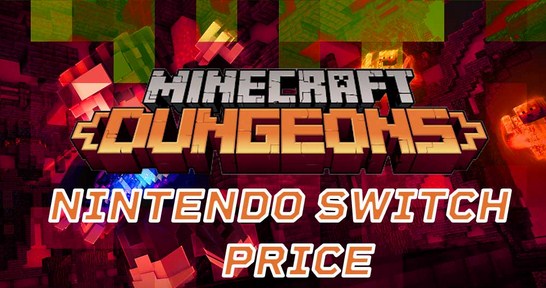 Minecraft Dungeons will be released digitally on Xbox One, Windows, PlayStation 4, Nintendo Switch, and also Xbox Game Pass on May 26th, 2020. So, now there are some days to go which means that you still have time to save your money for buying this.

What is Minecraft Dungeons actually? It is a brand new, standalone game which is set in the Minecraft universe with most of its blocky charm and challenges. You may not be able to place blocks or build a house which is made of cobblestone. However, you are still very much an adventurer exploring the overworld.

You may wonder whether there are character classes in Minecraft Dungeons. You have to know that in this game, it has no classes. In true spirit, it is all up to you to build your own playstyle and identity with the items that you equip. Does it have multiplayer? You do not have to be worried about it because Minecraft Dungeons supports up to four players which means that it is multiplayer in both local couch co-op and onlline co-op modes. So, you just have to grab your controller and jump right in.

How about cross-platform multiplayer? Does this game support it? At launch, you will be able to play online multiplayer with your friends on the same platform. The team are working to bring cross platform multiplayer across Windows 10, Xbox One, Nintendo Switch and PlayStation 4 in the near future through a free update after the release of the game. So, you have to be patient for it.

In Minecraft Dungeons, you will fight your way through an all new action adventure game. It is inspired by classic dungeon crawlers and it is set in the Minecraft universe. You are able to brave the dungeons alone or team up with your friends and it is up to you. As mentioned earlier that this game can be played up to four players and you are able to battle together though action-packed, treasure-stuffed, wildly varied levels and all in an epic quest to save the villagers and take down the evil Arch-Illager.

Also, you will discover a trove of powerful new weapons and items that will help you to be able to beat ruthless swarms of new and nasty mobs. In the Nintendo Switch, the game file size of Minecraft Dungeons is 3.2 GB.