You may come here to find out how to be able to unlock the Desert Temple secret level Lower Temple in Minecraft Dungeons Jungle Awakens.  Well, the first thing that you have to do is access the Desert Temple. You are able to visit this place at any of the available difficulties. You will have to make your way through the level as you would normally until you are able to reach past the golden key portion, where you must unlock the gold door. 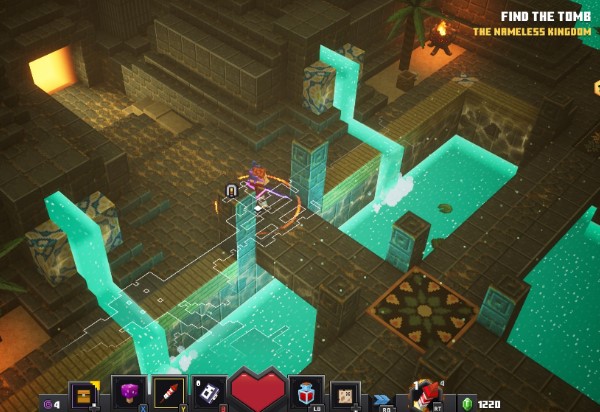 After you are able to unlock it, then you have to proceed through the doors opening and closing until you are able to reach the four-way crossroad which is surrounded by water. You need to go to the left to the highlighting door and then move inside.