In Minecraft, you may have to find something. One of them is slime. Slimes are bouncy hostile mobs which have cube shape. They spawn in the swamp and sometimes they are deep underground in particular chunks named slime chunks. Now, how to find a slime chunk in Minecraft? Is there a slime chunk finder for Minecraft Bedrock?

In Bedrick Edition, the slime chunk algorithm is different from in Java Edition. The algorithm does not depend on the seed of the world. So, the chunks that slimes are able to spawn naturally inhabit the similar coordinates for every world. 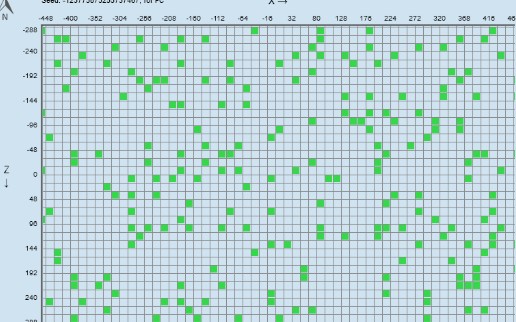 You are able to scroll the map with your mouse or fingers. Also, you are able to change the scale of the chunk map with a mouse wheel or by pinching. On Safari (Mac), Firefox, and Safari (iOS), the app has been tested and it is able to be buggy on other browsers. You are able to access the web app now to use it.

What can we do if there are no slimes which spawn in our slime chunk? First, you need to know that in slime chunks, slimes spawn far less frequently than most other hostiles. So, you have to make sure that you wait long enough. You can also double check the seed that you used and also the coordinates. There are some more things that you have to consider.