Do you want your character in Minecraft to have avatar power? As you know that avatar has bending ability as his power. Bending is the ability to be able to manipulate an element and is significant to a lot of aspects of life in the world. Can we have Avatar power in Minecraft by using mods?

Well, there is Avatar: The Last Blockbender Mod 1.7.10. This mod can give you the ability to bend the four elements including water, air, earth and fire. You just simply choose your element and then by using the bending scrolls, you are able to harness the power of the elements. This mod also can add mobs from the world of Avatar, randomly produced and populated villages, items, blocks and more. 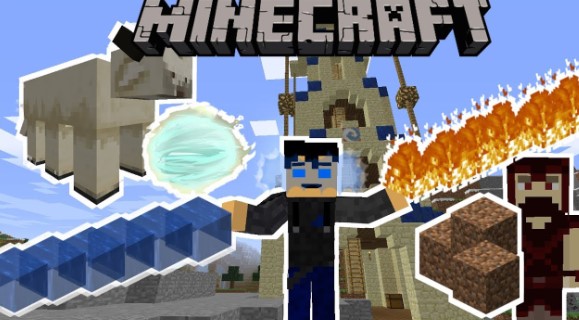 Do you want to know the detailed features of this mod? Here they are.

As you can see that this mod has a lot of features. If you are interested in it, you are able to download it on the 9Minecraft site.

In the CurseForge, you are able to find and download Avatar Mod 2: Out of the Iceberg. This mod is a multiplayer-focused combat mod for Minecraft PC. This mod will add all types of Bending from Avatar: The Last Airbender. The goal is to make fast-paced, team-based engagements with a lot of team tactics and RPG skills. Now, this mod is in Alpha and under active development.