You are able to find a lot of items in Minecraft. One of them is an anvil. What is it? It is an important decoration item in your inventory. It is able to be used to repair items, enchant items and name items in the game. Can we make an anvil in Minecraft? Yes, you can, but you need to know the recipe for making it. 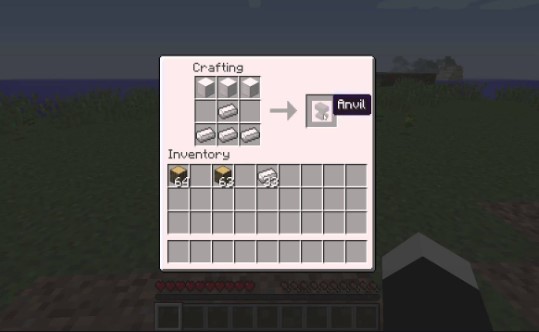 If you have prepared the materials above, then you are able to craft an anvil in Minecraft by following the steps below.

In the first row, you need to put 3 blocks of iron.

In the second row, you need to put 1 iron ingot in the middle box. It means that you have to empty the first and the third box.

In the third row, you need to put 3 iron ingots.

You have to put the materials like that because it is the recipe for making an anvil in Minecraft.

Besides, you are also able to watch the other videos related to anvils such as the usage of anvils. If you want to watch a video about it, there is a video of OMGcraft – Minecraft Tips & Tutorials entitled Tip: How To Use Anvils in Minecraft which was uploaded on June 24th, 2014. This video has been watched more than 700k times with more than 5k likes.