In Minecraft, there are abandoned mineshafts. They are naturally generated structures which are usually filled with cobwebs and a lot of cave spider spawners. In the abandoned mineshafts, you are also able to find ores since they are rich with ores. They also provide a very good source of wood while you mine underground.

When you are in an abandoned mineshaft, you may hear a sound. Then, you may think what sound it is since you do not expect it. The sound may be creepy and even some other players ask about it in forums. Well, it seems that it is a cave sound. What is it? 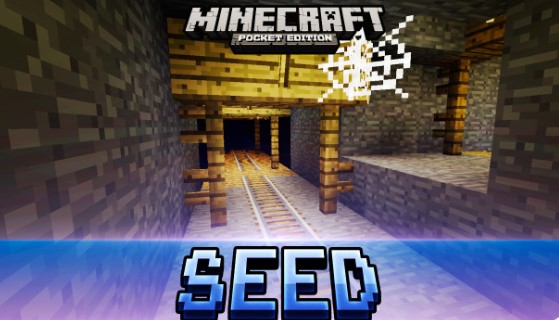 So, in Minecraft, actually there is ambiance. It is also called ambiance sounds or ambient sounds. They are sounds that can be heard by players in specific conditions. C418 and Samuel Aberg made these sounds. Now, there are 136 different ambiance sounds.

Ambience is divided into groups of ambiance sounds which can be played under the same conditions. What ambiances are they? Now, there are Cave, Underwater, and Nether ambiances. What are the differences among them?

As you can see in the explanation above that cave sound can be played in a dark area or underground. So, no wonder why you are able to listen to cave sounds when you are in the abandoned mineshafts. Now, cave sounds have 19 different sounds in total. They are able to be played in any dimensions as long as there is a cave or a dark enough area which is present in the dimension.

Cave sounds or cave ambience happens based on mood. What is mood? It is a value of percent between 0 – 100. When you are underground and/ or in a dark place, the mood will increase. If you are not underground and/or in a dark place, it will decrease. If the mood can reach 100%, one of the sounds will play randomly and it will reset the mood to 0%. This restarts the cycle. So, the deeper you are and the darker it is, the mood will increase quicker. You are able to check the debug screen to be able to see mood and its current value.

If you still have any other questions about sound in abandoned mineshafts, then you are able to discuss it in forums.