First, you need to know what mod is. Some of you may not know what it is so that you never use it. Well, mod is an independent modification which is usually made by  user that can be applied to the video game Minecraft.  There are a lot of mods that you are able to find and use. You are able to find them on the internet by downloading them for free. 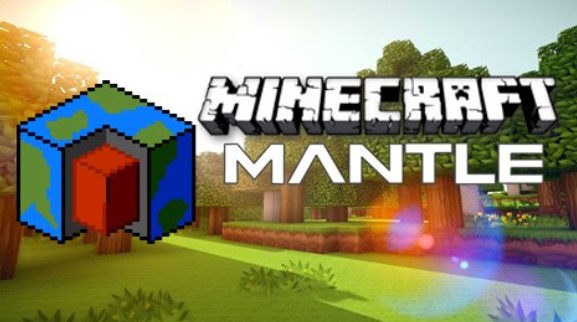 Some mods are usually able to be used at the same time to enhance gameplay by using additional software. Mods for Minecraft are available for computer and mobile versions of the game. However, legacy console versions are not able to be modded and mods for the Bedrock version of the game which are made by using Minecraft’s own API are known as add-ons.

Now, what about Mantle Mod? This is one of the good Minecraft mods. It actually does not add any new contents but it plays an important role for some mods. According to MC-Mod.net, this mod is a library mod which can support modders to be able to program wonderful and brilliant, complex and very diverse mods. So, this mod has almost changed how players play the game in Minecraft.

This mod is the source code which is used for programming Tinker’s Construct mod which appears almost of the time in popular modpacks. It is also one of the most downloaded and wonderful mods in the popular sites about mods such as Curse. In addition, Mantle mod also has supported other mods such as Nether Ore, Natura, and Thermal Smeltery. If you want to install Mantle mod, you will need to use Minecraft Forge.

Do you want to install this Mantle Mod? Then, you are able to follow the steps below.

If you check this mod in the CurseForge, you are able to see that this mod has been downloaded more than 74 million times. It contains shared code for Forge mods and also it is used by the Slime Knights. Here, you also will find descriptive book code and common. It also can add a reworked hearts display with overlaid colored hearts, instead of rows over rows of stacked hearts. However, it is important for you to know that the different colors only appear if you have a way to be able to increase your max health.