Are you looking for an RPG leveling mod on Minecraft? If the answer to the question is yes, then you may want to consider McMMO. What is McMMO? Have you ever heard about the thing called McMMO before?

McMMO is the name of a renowned server-side mod for Minecarft with more than 2.9 million downloads and still counting. This one introduces skills and abilities into the game enhancing the native mechanics while extending the gamesplay in ways that feel natural and need no client mods. It offers RPG experiences, parties, and leaderboards all of which are completely able to be configured.

On January 29, 2019, the development of McMMO branched into two separate versions: McMMO (which is also popular as McMMO Overhaul, or McMMO 2.x). The modern one is being developed full time by Nossr50. The man is currently pumping out constant updates, fixing bugs, and consistently adding in new content. The classic one is being maintained by t00thpick1. The player has zero plans of adding any new features to the plugin, aiming to keep it the same as it was before McMMO divided. He wants to focus on fixing bugs and making sure the plugin works in feature versions of the game. 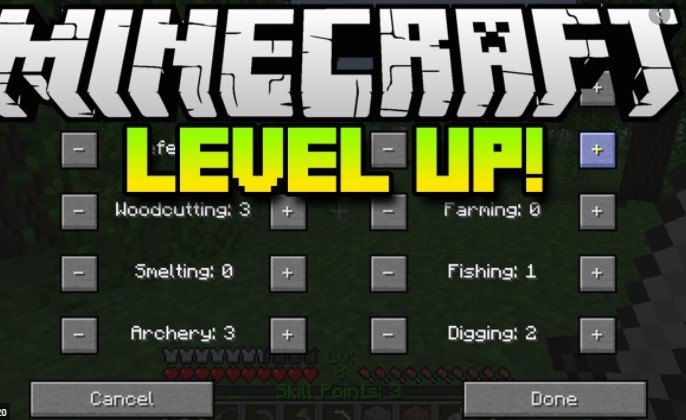 There are currently 15 skills of McMMO. Salvage and Smelting are known as child skills. Compared to the normal ones, these skills are not leveled up directly. Instead, they are leveled up automatically as you level up their parent skills. Smelting is the child of Mining and Repair while Salvage is the child of Fishing and Repair. Please take a note that child skills are planned for me to be merged into Smithing.

How to install McMMO? If you have never installed it before, first of all, you need to make sure you are running the newest stable version of Spigot or Paper. Then, configure your server and run it once with Spigot or PaperMC to generate a plugins folder. Aside from that, you are also able to make the plugins directory manually. Do not forget to close the server after it has created the plugins directory. The next thing that you have to do is to download the latest public release of McMMO. After that, drag and drop mcMMO.jar into the plugins directory. The next time you run the Spigot or PaperMC, McMMO will enable itself and generate a lot of configuration files for you to modify in server_directory_here\plugins\mcMMO.

If you have installed McMMO before and want to upgrade it, it is recommended but not required to delete the advanced.yml., treasure.yml, experience.yml, and salvage.vanilla.yml to generate the updated config files. Then, put mcMMO.jar into the /plugins/folder inside your server directory. The McMMO will be installed after you have done the step.