Do you want to find biomes in Minecraft? If so, you are able to use a command. This command can be used in Java Edition and also Bedrock Edition. What command is it? And, how to use it? We will explain about it below.

In Minecraft, biomes are regions of terrain. It has various geographical features, vegetation, elevation, mobs, temperature and sky color. Every generated world is separated by biomes into different environments such as jungles, forests, deserts and taigas. 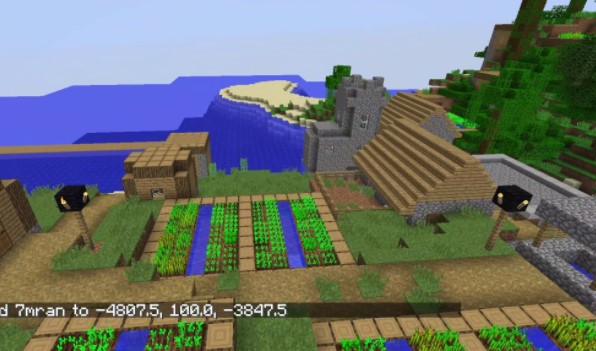 If you want to find a biome in Minecraft, you are able to use the command /locatebiome. It will display the coordinates for the nearest biome of a given biome ID in the chat. According to Minecraft Gamepedia, the syntax is locatebiome <biome ID>. If the biome is invalid, you will get an error message saying that there is no biome named <Biome ID>. If the biome is valid but it is not able to be found, then you will get an error message saying that it could not find a biome of type <Biome Name> within reasonable distance. If the system is successful in finding a biome, then you will get a message saying that the nearest <biome name> is at [<x> ~ <z>] (<distance> blocks away).

It is important for you to know that in Java Edition the structure type is case-sensitive so that you must be careful when you are using it. If you want to find biome in the Nether Update, you are also able to use the /locatebiome command. In the Nether Update, this command is a new command which was introduced.

So, if you want to find biome in the Minecraft world, you are able to use this command. You can try it now and good luck!