In Minecraft, you cannot be separated from the useful thing named mod. As we know that the mob generally can be used to make the game more gorgeous and attractive. It means that the mod works to enchant the game visually.

Of course, when you need a mob, you will be looking for the best of the best depending on what you need to.  Certainly, every mob will have each function if it is applied into the game. Then, what is the kind of mob that you can choose if you want to get the magic-themed in a game?

If you really desire to make the game present the magical look, of course, you can also choose the Minecraft mob named Astral Sorcery. 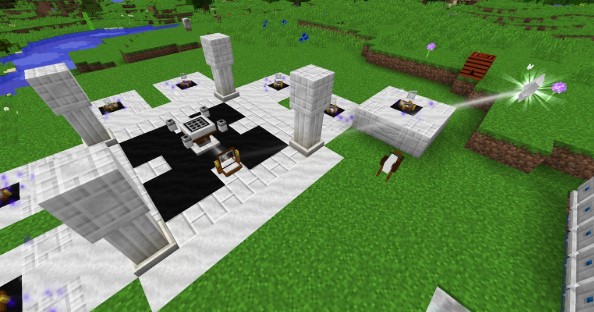 This mod works to give the magic-themed depending on constellations and the star power. It means that most of the mod’s content is obtained at night. This mod will add shrines made of the Marble dotted throughout the world. Then, some of the larger shrines house a floating crystal beneath it. Of course, it allows the players to begin their journey.

Of course, in the Astral Sorcery mod, you will find the Lens. What is it?

The Lens created is totally proportional to the size of the Rock Crystal or Celestial Crystal. With the size being divided by 80 and rounded down to obtain the amount of the Lenses with one Lens being the minimum. In this case, the purity and the cutting of the Crystal used will influence the amount of the Starlight lost when transferring through the Lens.

How to craft the Lens of Astral Sorcery?

Before you craft some lenses, please keep in mind the following:

By putting the Lens down between your Starlight Crafting and the Collector Crystal, it totally will allow you to link the Crystal with the lens by right-clicking the Crystal, then, the Lens with the Linking tool.

Once it has been linked, a beam of the light will come from the Collector Crystal to the lens. Then, you can link the lens with the altar by right clicking the lens, next the altar. Of course, sneak-right-clicking the block will totally unlink the block.

Well, those are the information about the Lens of Astral Sorcery mod.