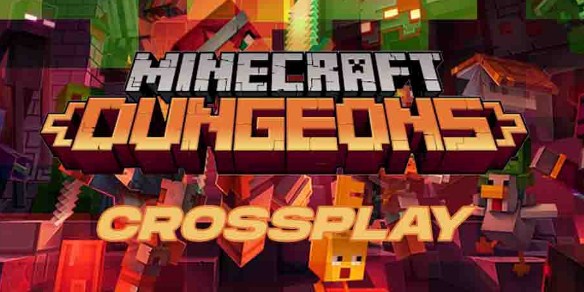 Apparently, Minecraft Dungeons still supports both local and online co-op with up to 4 players at launch. It means that you can still enjoy its multiplayer elements as long as it is on the same platform. But, you have to know that Mojang Studios does note that local co-op and online co-op cannot be played at the same time at launch. Therefore, you are able to either team up with friends locally or connect online, but not both at once.

In the official website of Minecraft, it is stated that the game is going to support cross-platform functionality between all platforms. This includes PS4, Xbox One, the PC (Windows 10), and Nintendo Switch. Unfortunately, crossplay functionality will not be supported initially during the game’s launch on May 26. Instead crossplay is going to come to the game as part of the free update post-launch. You will be able to check back soon to find out more news related the game’s crossplay status.

WHAT IS CROSSPLAY & CROSS PLATFORM?

Some of you may do not know what is crossplay and cross platform. Well, in this article, we are going to explain them. You have to know that Crossplay is a feature which allows any two online players to play the game together, regardless of their platform. It means that PS4 players are not restricted playing with other PS4 players. The same goes for the players on PC, Xbox One and Nintendo Switch. Crossplay has been a great feature of the original game. With Nintendo Switch, Xbox One, PC, and PS4 players will be able to jump into the same world. Besides, they will be able to build, adventure and explore together. For Minecraft Dungeons, there will be crossplay between PC and Xbox players. However, Nintendo Switch and PS4 players are going to remain isolated to begin with.