Skip to content
Homepage / Reviews / Is Hypixel Safe for Kids?

Have you tried playing games on the Hypixel server? If so, you may wonder whether this server is safe or not for kids since you have younger brothers, sisters, or children who want to play on this server. Here, we will find out about it so make sure that you read this information until the end.

Hypixel is a Minecraft minigame server and it is the biggest Minecraft: Java Edition multiplayer server which is run by Hypixel Inc. Simon Collins-Laflamme and Philippe Touchette released this server. They originally made custom Minecraft adventure maps and uploaded them to their Youtube channel before they create the Hypixel server. They do that to showcase their creations. Then, they create small minigames for users to play while waiting to join the main adventure maps. The first minigame that they created is Paintball. After a lot of players started joining the server, there are a lot more minigames created. 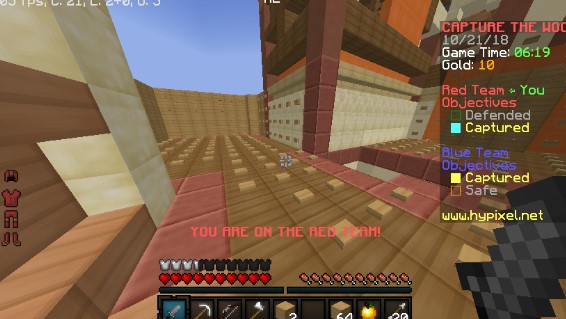 Hypixel released a Minecraft: Pocket Edition server in alpha on October 28th, 2015. It was developed under the codename “Bladestorm”. The server could reach more than 6 million registered accounts and 20 thousand concurrent users before this server was shut down on March 31st, 2016.

Hypixel has 43 different minigames that you are able to play and the most popular of them are SkyWars and BedWars. This server also has beta games in its prototype lobby where players are able to vote on which games they want to see fully released. In Hytale, the Hypixel server has been recreated featuring a lot of the similar minigames such as BedWars, SkyWars, Build Battle, Survival Games and more.

Hypixel server can attract around two million players each month. And even on 7 April 2020, Hypixel reached 18 million players and it is roughly half of all Java Edition players. And then Hypixel could reach its highest concurrent player count with more than 100,000 players on the server at once on April 9th, 2020. As of August 2017, Hypixel also holds four Guinness World Records, but these figures are now outdated.

Now, since you want your kids or younger sisters and younger brothers to play games in Hypixel, you may wonder whether it is safe or not for them. According to some players which express their opinions in Hypixel forums, they say that Hypixel is safe for kids to play. It is kid-friendly 95% of the time. So, they recommend this server because all ages can play this server. In addition, you do not have to create an account on Hypixel to play on the server. The things that you need are the Minecraft account and the server address which is mc.hypixel.net.

To make kids safer to play games on the Hypixel server, make sure that they do not share personal information. Also, avoid online dating and if there are links by random people, do not click carelessly since it can be scams or viruses.