The Iceologer is an illager and a hostile mob that found in Minecraft Dungeons. It is one of the new hostile mobs which is found in the second DLC, Creeping Winter. Let us talk more about Iceologer here.

Iceologer is an opponent in Minecraft Dungeons. The opponents are hostile characters that appear in various locations of the game. Those are creatures that are made by the Arch-Illager to stop the hero from disrupting its plan from ruling over the land. The players are able to find information about its location, the items that it drops, and many more. 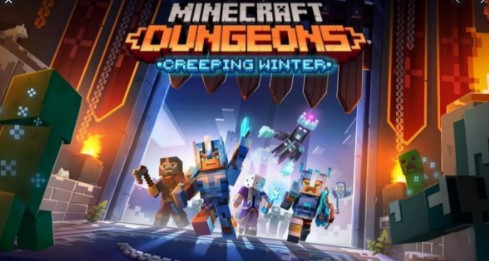 Iceologers stray around until they see a player. An Iceologer who spots a player is going to summon several ice blocks above them which hover for a few seconds before falling. The ice blocks are going to stay directly above the player until they drop. If an ice block hits a player, that player will be stunned for several seconds and slowed for another 5 seconds. They are going to flee from the player if they are not summoning an ice block. This summons ice abilities similar to the Ice Wand.

The Iceologer wears a blue coat with white outlines around the hood and cloak and a cape in the back, lastly it wears light bluish pants with black shoes. Unlike normal illagers, the Iceologer possesses red-brown eyes, that differs it from most illagers who have green or blue eyes.

Here are some information that you need to note:

Creeping Winter locations. For your information, Creeping Winter is the second DLC pack for Minecraft Dungeons that was released on September 8, 2020, for the PlayStation 4, Nintendo Switch, Xbox One, and on PC. The Creeping Winter DLC features a new land where a creeping winter spreads across and consumes everything it touches, heroes are going to stop it by facing new threats, to hunt down the source of corruption, and to find new armor, weapons, and artifacts. The players who purchased the Hero Edition of the game are going to have free access to this DLC, while others can buy the pack separately for $5.99.