Ranks in Hypixel are items which are able to be bought. They are able to give players on Hypixel various cosmetics. But, can we get it for free in the Hypixel store? Here, we are going to explain about it. So, you have to make sure that you do not miss any part of this article.

In Hypixel, you are able to buy ranks in the Hypixel store. Ranks will appear beside the name of a player in lobbies and when they are chatting. Usually, players will begin with the default rank, a rank which is colored gray that can give the player basic benefits. There are also Donator ranks. They are able to be bought to earn more cosmetics, while other ranks either are able to be bought in the Hypixel store, or given to players under a certain criteria. 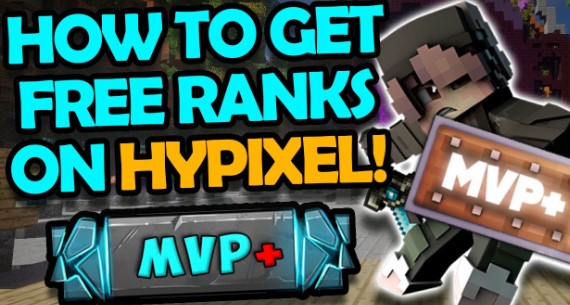 What ranks do you want to get? Is it possible to get free ranks in the Hypixel store. After we did a search about it, it seems that it is impossible for you to get a free rank. However, there are ranks which are able to be obtained if you meet the requirements. So, you do not have to pay for some money to have it. What rank is it? It is Youtuber Rank. It is a special rank on Hypixel and it will be given to content creators who meet the requirements. What requirements do you have to meet? Here they are.

If you want to get this Youtube rank, you have to apply for it. To apply for it, you are able to submit an application via the email creators@hypixel.net. It is recommended for players to use the Youtube channel’s business email and include the IGN in the application.