For those who want to know the information about Hypixel Skyblock Dungeons, here we are going to discuss that. Keep staying on this page and make sure that you do not miss any information.

Dungeons are small, randomly generated labyrinths. Like all other locations, dungeons will include the monsters that will consistently try to harm the player. Each mob is unique in its own way. It has a chance to drop a very valuable item. Also, there are numerous different rooms consisting of mini-bosses, puzzles and even NPCs to buy items. 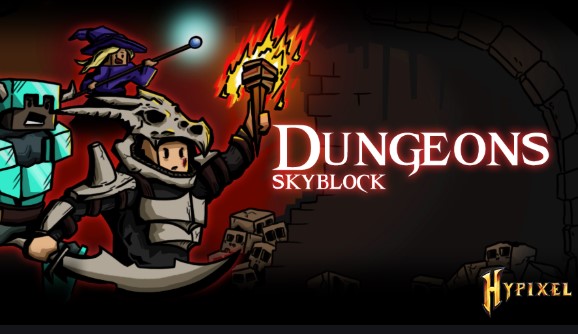 Dungeons have 11 floors (including entrance), and each floor has a different size with a unique boss at the end. Everyone is going to start on the entrance floor and will have to beat the floor’s boss to unlock the next one. Each floor is going to be exponentially harder than the last floor.

Every item found in Dungeons are going to be new and unique. The Dungeoneering skill will also buff Dungeon items, that offer the players to fight against extremely strong monsters in the last few floors. Not including drops from mobs, Dungeon Bosses are going to reward some of the strongest weapons in the game and powerful item modifiers, such as new reforges, ultimate enchantments, and more.

The classes for dungeons are Mage, Healer, Tank, Berserk, and Archer. The teams of people have to be at least 4-5 people for all floors. However, we get information that there can be multiple of the same class in the same dungeon. If there is only one person who chose a role (for example T, B, M, H, A as layout), those people get doubled strength of their class’s abilities.

There are lots of unique mobs which differ from floor to floor.

When you die, you are not removed from the Dungeons. You can be revived by other players killing certain mobs, by yourself after 60 seconds if you are a healer, revive stones used by alive players obtained from a fairy, or killing fairies as a ghost spectator. When all players die, they fail the dungeon.