MVP++ is the name of an addon rank available in the Hypixel store. This one is an extension of the MVP+ rank. It was introduced on December 18, 2017 and appeared with a few features that included some from the Youtuber Rank along with the other exclusive features. Rather than permanently, this rank is sold in months and years as a subscription, the reason being that the subscription provides a steady income for the Hypixel Network.

Here are the unique features of MVP++: 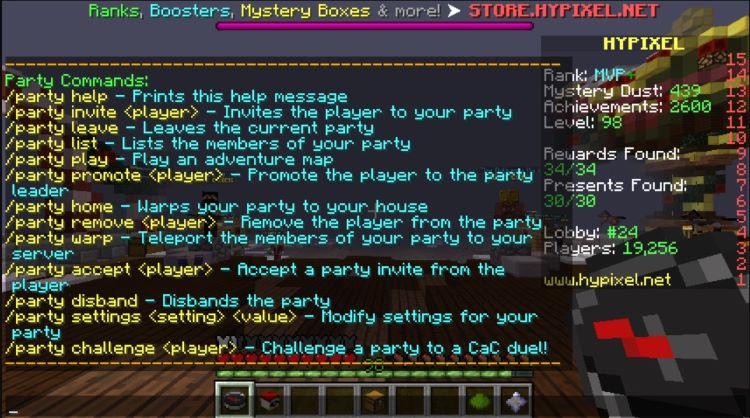 Aside from that, there are also a few perks of Hypixel MVP++ rank in the form of commands. Here is the list of the Hypixel MVP++ commands:

As stated before, you will be able to get the MVP+ features if you purchase MVP++. Here are the features of MVP+:

MVP++ is such a unique rank that only lasts for the amount purchased. It is known as an exclusive Rank Upgrade to your existing MVP+ rank. You are able to purchase the rank for either 30 days, 90 days, 180 days or a year. If you want to purchase MVP++, you need to purchase MVP+ rank first.