If you want to use a command, you have to enter Chat, precede the command with a forward slash (/), give the arguments and then press the return key. Commands are also able to be used by entering them in a Command Block. It is important for you to know that if you want to use commands so that they can work, you have to make “Cheats” enabled which in turn will disable achievements. If you want to turn on cheats, you have to access Settings and then go to Game. After that, you have to choose Cheats: On. 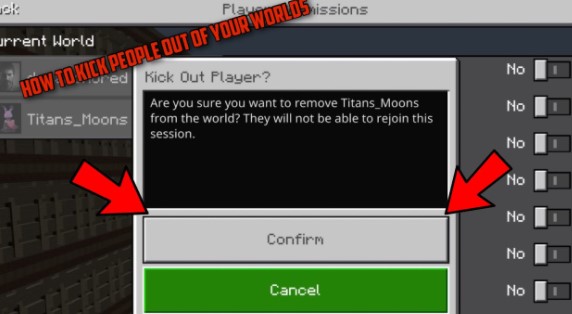 Now, how to unkick someone from Minecraft Bedrock? You may have kicked someone such as your friend, your brother or sister or even other players that you do not know in Minecraft. But, you do not know how to unkick them. You may want to make them back on your Minecraft world. Well, according to one of Minecraft players, if you want to unkick someone in Minecraft, you just have to reload the world. It means that you have to close your world and then open again. By doing it, players who are kicked by you will be unkicked.