Apparently, there are many servers for Minecraft users to join. Starting your own server is not too difficult either. The most popular Minecraft server software is named Spigot. It is an open-source Java project which lets the players run their own Minecraft server and add plugins to extend the possibilities of their server.

Based on the research, there are over 100,000 Spigot servers in existence today. This makes Spigot one of the most stable and diverse Minecraft servers available. 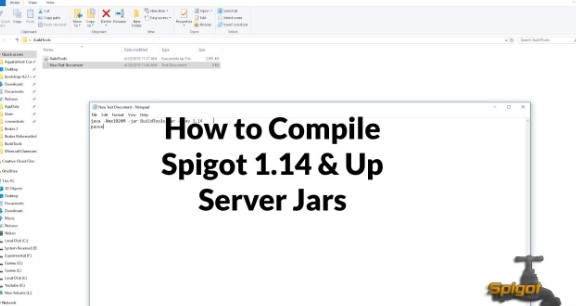 To use Spigot, you have to use their BuildTools utility to build and compile Spigot from source code. In order to use BuildTools, you will need to install Java and git. To do this, you are able to open a terminal and run this command:

You have to note that the first command is important, because it make sure line endings are consistent so BuildTools works correctly.

After BuildTools finishes running, a few different JAR files will appear in the directory. For your information, CraftBukkit is the original Minecraft server implementation, but is no longer officially maintained. The Spigot team releases updates for CraftBukkit. Spigot is a CraftBukkit with a few performance enhancements under the hood. So, you will want to use the Spigot JAR file.

After compile, time is for you to start Spigot server. There are some ways to do that. We are going to use window manager software named tmux to allow you to run your server without needing to keep a terminal window open.

First, you have to install tmux from the Fedora repositories. In a terminal window, you are able to run the following command:

There are lots of ways to use tmux. For relevancy, this tutorial only covers basic usage. You are able to read more about using tmux on other articles. For our purposes, we are going to make a tmux session, write a basic start-up script, and then run your Spigot server inside of the tmux session. Before we get rolling, you are going to write your start-up script. This is able to be a one-line file, and should be named something like start-spigot.sh. Its contents should look something like this:

After writing this script, you are able to place it in the same directory with your Spigot JAR file. Now, let’s move onto setting up tmux and running your server. Please run the following commands to set up your session:

Now, your Spigot server starts running and provides more instructions on your screen for setting up your server.