The enchanting language of Minecraft does have an English translation, even though the phrases used may surprise you. While the enchanting table language of this game is not actually new, as the alphabet dates back to 2001 and hails from the classic Commander Keen PC game, there is a renewed interest in understanding it.

Are you dying to understand what your Minecraft item enchantments actually say and want to directly read the Standard Galactic Alphabet used in Minecraft enchanting tables? If the answer to the question is yes, please read on. 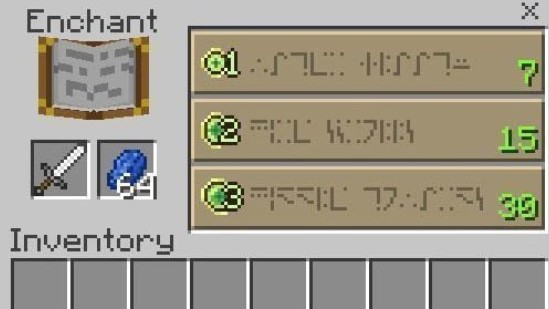 There is, sadly, no rhyme or reason to them, you just get randomized words and phrases that do not have any meaning or correlation to the enchantment. On one hand, that is not certainly helpful for the actual process of enchanting, but on the other hand, it may result in a few truly hilarious descriptions.

It is true that a language only a handful of people understands make the enchanting language particularly suited to that other preferred pastime of the gaming community: secret codes.

As stated before, the Minecraft enchanting table language refers to the Standard Galactic Language, and originated in Commander Keen. There are a lot of tools available to convert the letters, but the words do not correlate to the enchantment you get. It is nothing but a fun Easter egg. So, while you are able to translate the enchanting language in Minecraft, it is not helpful at all.