Fire charges refer to combat items that light fires when used. They are able to be shot from a dispenser when activated by a redstone signal. In the game, a dispenser is known as a special, redstone-powered block.

When this one is right-clicked, a menu allows you to place items inside it such as arrows, splash potions, fire charges, snowballs, and eggs. It can contain up to 9 different stacks of items, and the dispensing behavior is random. It is able to attack things if they contain snowballs, arrows, or any other throwable items. 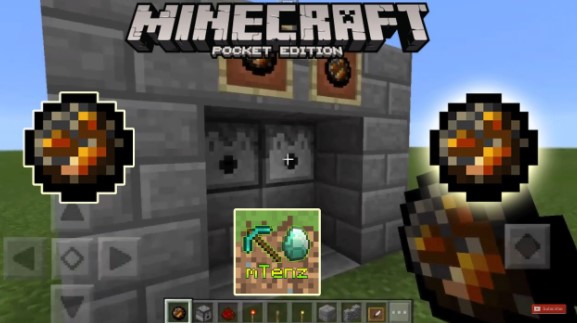 How to make a dispenser in Minecraft? The first thing that you have to do is to gather materials needed to make a dispenser. The materials include 1 redstone ore, 7 cobblestone blocks, 3 pieces of string, 1 block of wood, and a crafting table. Then, craft wood planks. To do it, press the E to load the inventory. Now, you have to click and drag a woodblock into the Crafting section, Doing so will make four wooden planks. please click and drag it into the inventory. After that, open the crafting table. For those who do not have a crafting table, it is able to be created by pressing the E and using your wood planks.

The next thing that you have to do is to make a bundle of sticks. To make a bundle of sticks, you have to place a plank in the bottom center square of the crafting table and then add another one right on top in the middle square. It will result in a bundle of four sticks which needs to be moved to the inventory. Another thing that should be made is a bow. To make a bow, you will need three sticks and three pieces of string. These have to be placed in the 3×3 grid of the crafting table.

The sixth step is to place the bow in the center of the crafting grid. You are able to place the bow in the middle grid by dragging it from the inventory. Then, add cobblestone. Once you have a bow in the middle of the grid, you have to place a block of cobblestone in each row of the left and right columns along with one in the top center box. When you are done, place the redstone in the bottom center box. The redstone is the final ingredient needed for making a dispenser. You will be able to see a dispenser icon, represented by a grey box with a hole inside. You are able to find it on the right side of the grid. The last thing that you have to do is to click the dispenser icon to move it into your inventory. You are now able to start placing the dispenser.