This page teaches you how to make a door that can open when you step on a pressure plate in the Creative mode of Minecraft. This one is doable in computer, mobile, and console versions of the game. The kind of automatic door that you will make is a piston door. 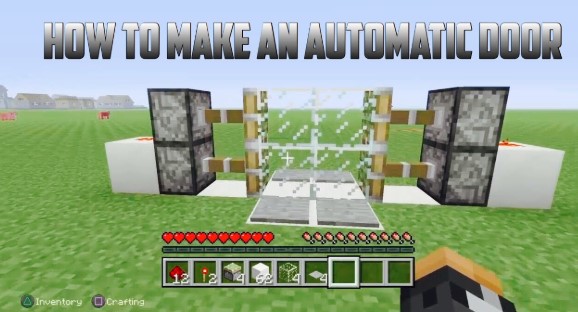