In Minecraft, a hopper is a block which is able to be used to be able to catch item entities. It is also used to transfer items into and out of containers. If you want to deactivate it, you are able to do it by applying a Redstone signal.

Can we make a hopper in Minecraft? You are able to make it by using 1 chest and 5 iron ingots as its materials. Do you want to make it? If so, prepare the materials and then follow the steps below to  make a hopper. 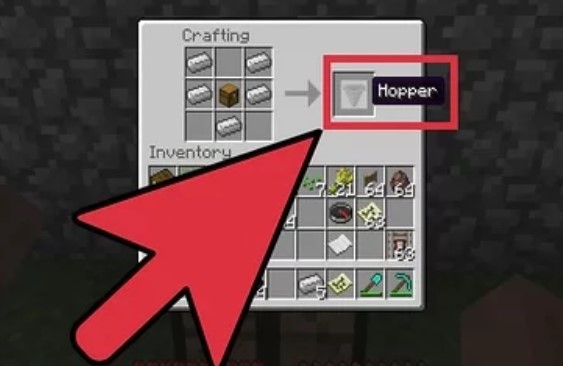 The Steps To Make A Hopper

Well, a hopper that you have made can also be used for other purposes such as a container, a crafting ingredient and a redstone component that is able to be expanded into more advanced technology in Minecraft.

As a container, a hopper has 5 slots of inventory space. A hopper has 2 holes where the first one is facing upwards. It makes this item ready to pull/ suck items every 400 milliseconds. Then, the second hole is at the bottom and its direction can be styled by you depending on your need. You are able to make it face down or sideways.