The Nether Update for Minecraft opened you to a whole new world of possibilities for not only builds but for adventures. There are now new items, biomes, and mobs that flesh out the background of the game while giving you new goals to work toward. One such item is called Soul Lantern, which is also known as Blue Lantern.

In addition to lighting the way to new places, the Nether update has given people the power to make a new light source using materials found within the Nether. Those lanterns are really useful for those who work in a variety of different landscapes. They are not the easiest to figure out, and a lot of players have struggled to get them started. Here is how to make a Soul Lantern or a Blue Lantern in Minecraft. 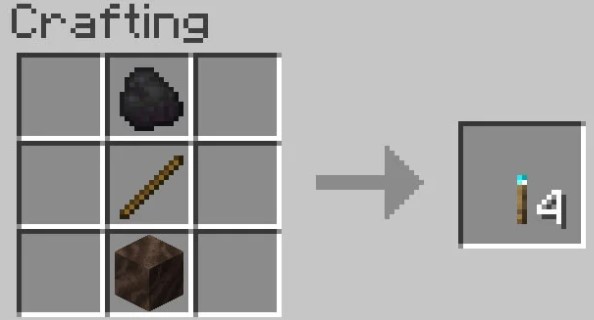 In order to make a Blue Lantern, you will first need the Soul Torch. This one has many helpful features, including the fact that it will not melt snow or ice when it is placed nearby. It makes the torch especially helpful to those who are building igloos in the winter biomes. The light is not nearby as bright as the regular one but fits the scenery of the winter biome nevertheless.

If you want to craft a Blue Torch, you will need to get yourself to the Nether. Please use your Nether Portal and look for the Soul Sand Valley Biome. For those who are not familiar, Soul Sand is the one that has existed within the game for some time now. On the other hand, the Valley is the one for players to visit within the Nether. Soul Soil looks like Soul Sand, however, it does not slow your movement when you step on it. You are also able to look for blue flames coming off of the soil. If you see it, you are in the right place. You need to gather up some of the Soul Soil and find a crafting table. Apparently, Soul Torches are a mix of Coal for Charcoal, a Stick, and the Soul Soil. Please combine these to make a batch of 4 Soul Torches.

Iron Nugget is the next thing you will need. This one is the simple recipe as long as you are able to find plenty of iron out in the world. Just like Coal, Iron is found on the side of mountains and inside of caves. It is usually found on the outside layer of a cave or cavern, however, it is also able to be mined from deep within the rock. Please gather lots of Iron Ore and smelt it with a Furnace to get the Ingots. Ingots are able to be then placed into a Crafting Table to make Iron Nuggets. You will get 9 Nuggets for each Ingot the place.