The bees nest are naturally-occurring utility blocks that can be found on the trees. Bees nest allow the bees to make honey, so bee mobs are able to be found near this block. Bees bring pollen from the flowers to the nest that gradually fills it with honey in increments of 1 to 5. At level 5, the nest is going to change texture and then the players are able to collect honey.

Collecting honey may be risky because the bees around the nest are going to become aggressive. But, placing a campfire under the nest is going to make it safe to collect honey. The bee nests are able to be used to transport bees when broken with a silk touch tool. This will let you to collect the bee nest as an item. Any bees inside is going to stay with the nest. Then, you are able to place it down elsewhere and the bees are going to leave the nest. 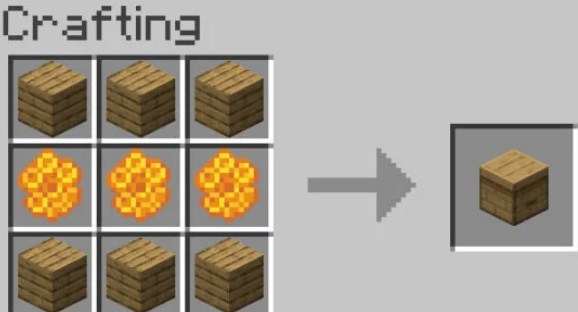 The reason is because of 1.15.2 when it was given a 5% chance of spawning on any birch or oak tree grown after the world generates. You are able to manipulate this like a standard tree farm, but with the added bonus of getting bee nests.

As we know that Bee nests are naturally generated blocks which house bees. Beehives are crafted versions of bee nests. Now, we are going to explain how to make a beehive in Minecraft.

The Beehives are placeable almost anywhere in the over world and can store up to three bees. There is no real limit to the number of hives you are able to make. Also, the Beehives are able to be broken and moved around as much as you want, unlike the bee nests that need a tool enchanted with Silk Touch. You have to remember that bees will still be aggressive and attack you if you destroy their nest, unless a campfire is placed underneath the hive. Using a tool enchanted with Silk Touch on a hive or nest is going to break it with all the bees preserved inside, so that you are able to move all of them at once.