Skip to content
Homepage / Guides / How to Install Minecraft RLCraft

You may come to this page to find out the information about how to install Minecraft RLCraft Modpack. Apparently, you have come to the right page as here we are going to discuss about that. Now, you only need to keep staying on this page.

RLCraft is a Minecraft Modpack made by Shivaxi. For your information, Minecraft RLCraft consists of 120 separate mods that have been bundled and tweaked to make a fantasy world of Minecraft. For now, RLCraft modpack is at version 2.8.2 and runs on Minecraft version 1.12.2. While you trying to survive your world, you are going to discover the castles, dungeons, dragons, skill systems, and new crafting systems. Most of the mechanics of traditional Minecraft have been modified, so you have to make sure that you read the getting started guide. If you have not yet installed RLcraft, you are able to read the following text. 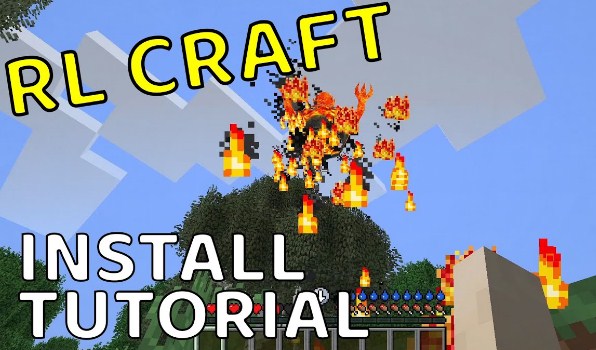 Although it possible to download RLCraft modpack as a package from forge servers, actually this installation way is rather complicated. So, most people select one of two alternative services for launching the modpack which are both rather easy. Apparently, Technic and Twitch are both alternative launchers which are both easy to use. After you download and install, simply you are able to search for the modpack, install it and then hit the play button. You have to note that Twitch requires a separate free account. However, Technic is abl te to be used simply with your standard Minecraft login. When you click play, the Minecraft launcher is going to show up. During this, you are able to hit play or allocate more ram. After hitting play, Minecraft is going to boot up. Please be patient because this is a modpack. It  means that it will take longer to boot up.

Here are step by step instructions on how to install manually RLCraft. This method works with the original Minecraft launcher and also work with other launchers.