Dragon Egg refers to a decorative, egg-shaped block, that is dropped after defeating the Ender Dragon in The End. This one is only dropped by the death of the first Ender Dragon, not respawned Ender Dragons. This guide teaches you how to hatch the Ender Dragon in Minecraft. You are able to do this in all versions of the game by going back to the end. 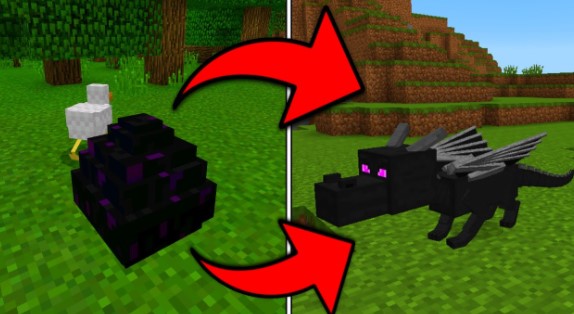 You will need these ingredients to hatch the dragon:

The next thing that you have to do is to open your Crafting Table. Selecting the Crafting Table will open the crafting interface. After that, craft Blaze Powder. Please place your two Blaze Rods in the idle square of the crafting interface, click or tap the stack of your Blaze Powder, and click or tap your inventory in order to move the Blaze Powder to your inventory. If you have console editions, you can scroll over to the Food tab, choose the Blaze Powder icon, and press A or X twice.

The fifth step is to craft four Eyes of Ender. You need to place the four Ender Pearls in the middle square of the crafting interface, place the stack of four Blaze Powder in the middle-left square of the crafting interface, and then move the Eyes of Ender into your inventory. If you use the console, scroll over to the Tools and Weapons tab, choose the Clock icon, scroll down to the Eye of Ender icon, and press A or X four times.

When it is one, go back to The End. Then, place the End Crystals. The last thing that you have to do is to wait for the dragon to hatch. Apparently, it will hatch within around 20 seconds, at which point you are able to fight it again.