You are able to enjoy Minecraft Nether Update on PlayStation 4, Xbox One, Nintendo Switch, Android, iOS, Windows 10 and many more starting from June 23rd, 2020. Also, it will be available on Java and then rolls out on Windows, Mac OS, and Linux. Do you know how to get the Nether Update Minecraft?

If you want to play this Nether Update, how to you get it? If you use Minecraft Launcher, you have to make sure that you have selected Latest Release in the dropdown version menu before you hit the Play button. The Windows 10 version of Minecraft should default to the latest release. To get this Nether Update, you have to download it on your platform. To celebrate the launch of Nether Update, Minecraft even also releases a free Nether-themed adventure named Way of the Nether on the bedrock powered platforms. If you want to get it, just access the Minecraft Marketplace and then find Way of the Nether and then click on the Get This Item. If you want to access the free map, it requires the latest version of Minecraft bedrock platform base-game with access to Minecraft Marketplace. 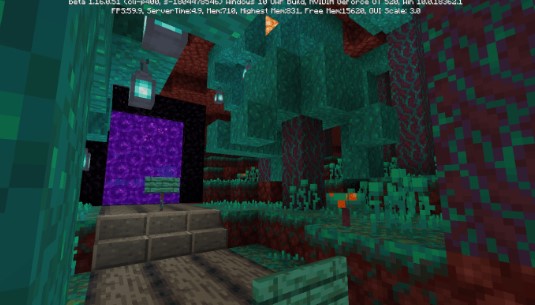 So, what things do we can enjoy from the Nether Update? You are able to escape the cheery overworld and head down into the grim and dangerous underworld. It also brings a lot of changes to the already difficult dimension. There is a new ore that is precious enough to rival Diamond, new biomes, blocks, and enemies, so there is a lot to catch up on in the game.

Besides, you will also find new forest biomes, covered in fungi and vines, or test your nerves in the Soulsand Valley. You can barter or battle with Piglins to gain rewards, and try to keep out of the way of Hoglins. Mojang has stated that it wants to turn The Nether into a place that players actually want to spend time, even if parts of it are becoming even more dangerous than before.

If you want to know how the Minecraft Nether Update is, you are able to watch some videos about it on Youtube. Here are some of them.

So, have you tried to explore this Nether Update? If you have not tried it, you are able to access Minecraft now and try this Nether Update. You can get new experience here and find a lot of new things which make you say ‘amazing’.