Well, there is a question in Quora whether we can play Minecraft Bedrock Edition on a MacBook Air or not. A participant answers this question. He says that as long as the MacBook Air is powerful enough to meet the technical requirements to run Windows 10 and Minecraft Windows 10 Edition, you are able to play on it. In addition, he also states that the oldest mac airs just barely scrape through but he is not sure. Well, there is no version of Bedrock Edition which is built for Mac OS, Linux or Windows version before 10. So, it may be a little bit difficult to play Minecraft on Mac. 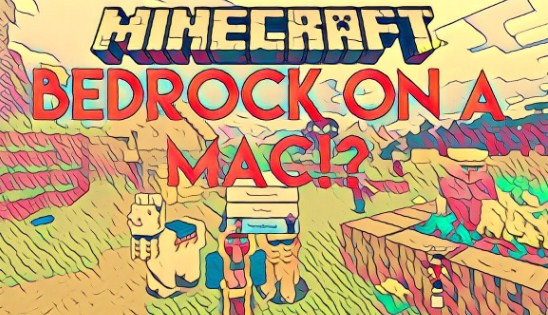 However, if you search on Youtube, you will be able to find some videos about how to play Minecraft Bedrock Edition on Mac. Two of the videos are:

The target of the game in this Bedrock edition is the same as its Java and Legacy Console editions where you are able to build virtual realities in a sandbox-like environment. Bedrock Edition also has survival elements like brewing and hunger and the Nether and the End dimensions. However, there are some differences between Bedrock edition and Java Edition. Bedrock Edition has more vibrant graphics, revised terrain, some exclusive items, and an official add-on system. Also, there are some mobs which have some sort of difference from the Java Edition counterparts.

It also important for you to know that several features of Bedrock Edition are only available on certain platforms such as: