This guide explains how to get green dye (formerly called cactus green) with step-by step instructions. In the game called Minecraft, green dye is one of many dyes that you are able to make. However, this one is not made with a crafting table but rather with a furnace.

Green dye is available in some versions of Minecraft, including: 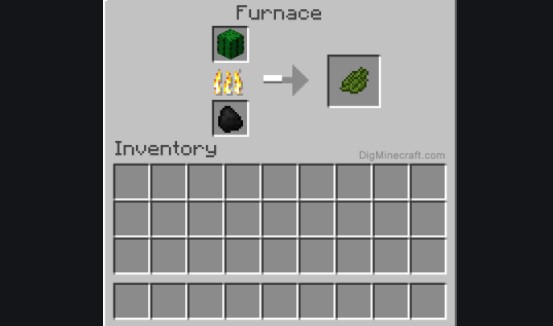 In Minecraft, there is only one material that you need to gather if you want to make green dye. It is 1 cactus. After you have collected the material, it is time for you to get green dye.

Aside from that, there are also a few activities that you are able to do with green dye in Minecraft. Those include dying a sign, dying a sheep, dying leather armor (Minecraft Bedrock Edition), and using a loom.

Green dye is known as a primary color that is able to be obtained by smelting cactus in a furnace. This one is able to be used to re-color a few items. There are a few ways to get green dye. The first one is called chest loot. Green dye is able to be found in a desert village house chest. The second one is smelting. The ingredients include 1 cactus and any fuel. Keep in mind that the recipes and the methods for Minecraft Java Edition and Minecraft Bedrock Edition are different. The way to smelt in both Minecraft editions has been explained above. The third one is trading. Apparently, wandering traders sell three green dye for an emerald.