Sea lantern is known as a light source that only shows up underwater in and around Ocean Monuments. This one has an animated texture and gives off a light level of 15. This lantern is one of only four blocks that will give off lasting light if it is placed underwater, the other being Jack o’ Lanterns, glowstone, and a redstone lamp.

It is more powerful than a torch and works on land. It is able to be used like a beacon in order to help players to find their way home after long explorations. It is used for building a conduit structure, along with prismarine brick, dark prismarine, and prismarine. 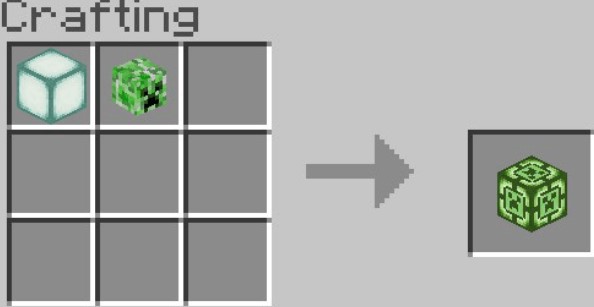 Every level of Fortune increases the maximum number of prismarine crystals dropped. The amount capped at 5, meaning Fortune III simple increases the opportunity of getting 5 crystals.

A sea lantern generates throughout ocean monuments, as well as in a few ocean ruins.

In Minecraft, here are materials that you can use to craft a sea lantern: