Skip to content
Homepage / Guides / How to Find Silverfish Minecraft

Have you heard about silverfish in Minecraft? If you know it, then you may wonder where you are able to find it. If you want to find it, then you need to know where they spawn. Here, we will inform you about it so that you will know where to find this mob. 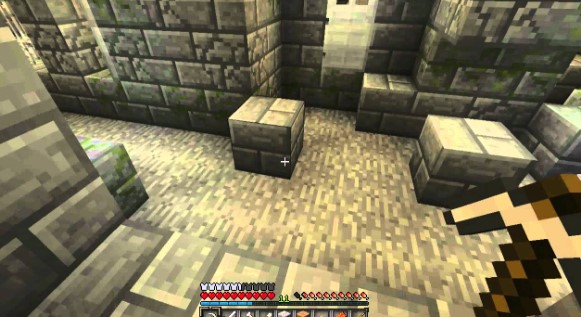 The blocks where silverfish hide look the same as cobblestone, stone bricks,or regular stone, but take slightly more time to be able to mine than normal with a pickaxe, and it will take noticeably less time to mine without one. If the block is broken, you will see that Silverfish will pop out and attack. If you destroy one of these blocks via creepers or TNT , it will kill the silverfish instantly before it has time to emerge. Silverfish blocks occur rarely in regular gameplay. If they are left alone, silverfish can re-enter some blocks, namely cobblestone, regular stone, and stone bricks.

In the list below, you are able to see where the silverfish live naturally so that you will know where to find them.

How about the behavior of Silverfish? They are able to call other silverfish in the area upon being hit. They are able to see through walls and pathfind until they reach the player. If they are attacked, they may awaken nearby silverfish within a 21x11x21 block area. This may lead to a terrifying swarm if there are enough in the vicinity where they reflect the same behavior of zombie pigmen and hostile wolves.  If there are uncontrolled swarms, they are able to quickly destroy dozens of stone bricks within a Stronghold. After a player moves a short distance, they scurry away.

Causing damage to a player is also another behaviour of silverfish. It will happen when a silverfish is touching a player and a change of the Y-coordinate (elevation) of either a player or silverfish occurs. It is able to easily kill a player. It permits the silverfish to be able to damage a player again when a player is coming back down from the initial “damage hop”.

So, it is better for you to avoid conflicts with these mobs since they will generate a massive swarm and it will be able to overwhelm a player who is inexperienced, unequipped and unprepared. However, if you want to challenge them, you are able to wear armor. Also, Melee weapons are also advised because silverfish are the smallest mob which naturally spawn. If you mine a block that spawns a Silverfish, it is better for you to run away until the Silverfish either gets out of the cave or falls over a cliff. When it is out of the cave, it is safe to kill it.